Learning languages: the earlier the better?

I often hear people saying 'the earlier the better' when it comes to learning languages. But it's a more complex issue that needs some unpacking, rather than a universally applicable statement of fact.

A really important thing to consider when thinking about 'the earlier the better' argument, is what you are measuring. 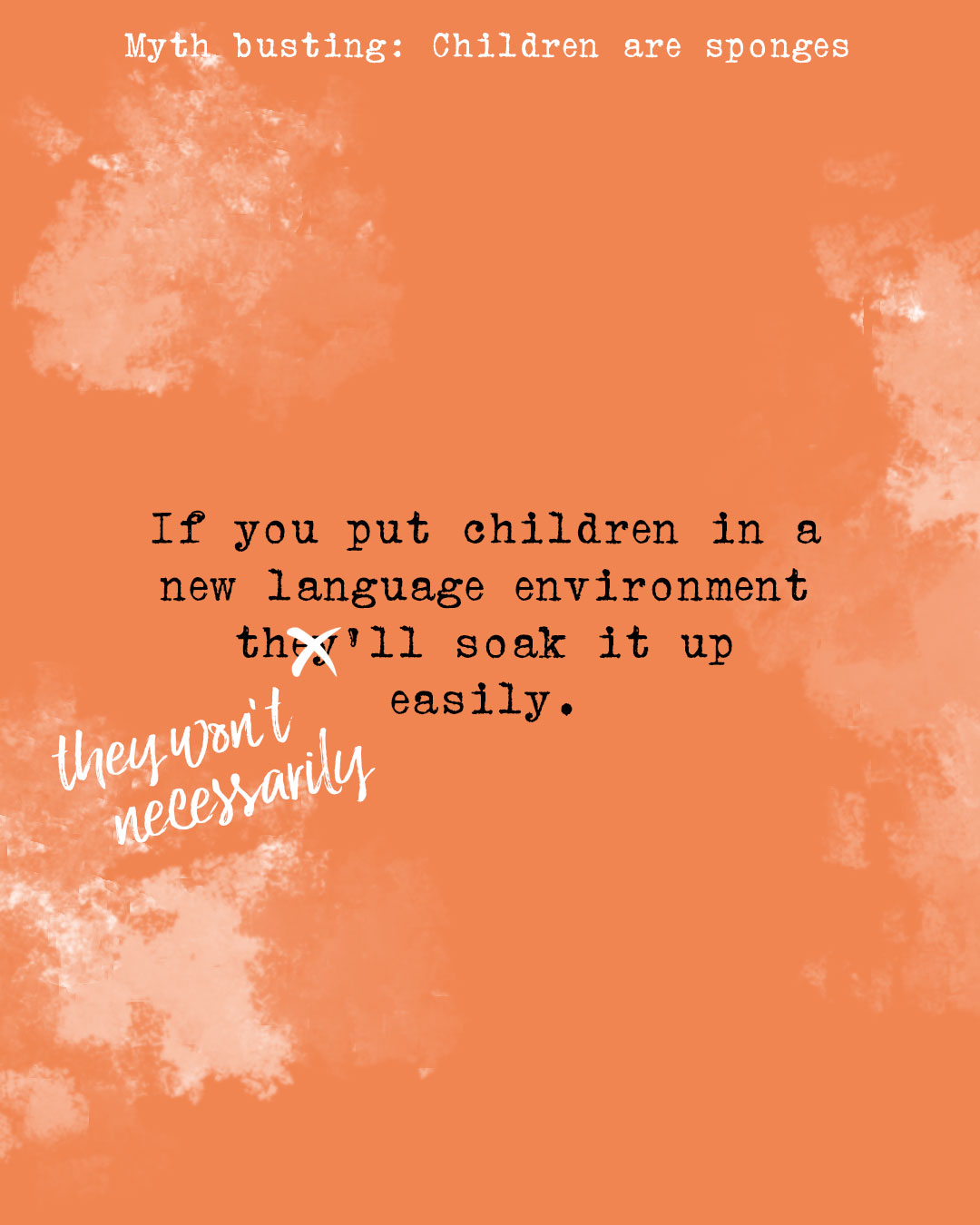 If it's how long it takes someone to learn a language, then it's actually quicker to start later when cognitive (thinking) skills are more highly developed and you can employ strategies such as reading, and prior knowledge and metalinguistic awareness, to help you learn a new language.

Adults learn more new language in an hour than babies, for example, who take years to make the same progress.

Children who start learning a second language when they start or change school will all finish secondary on a similar level to each other, whether they start in kindergarden or the end of primary school. 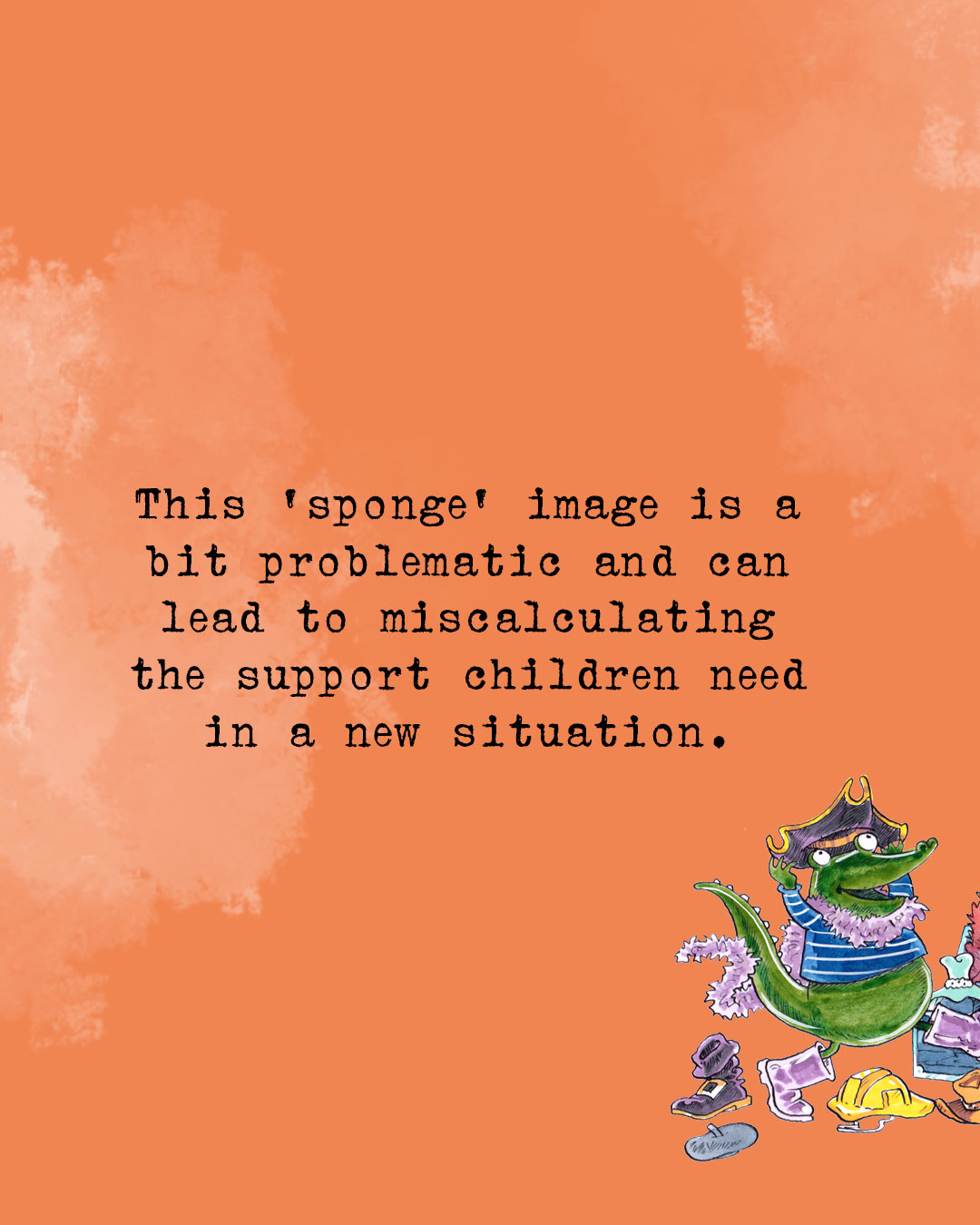 The only really measurable difference might be how 'native' they sound,... 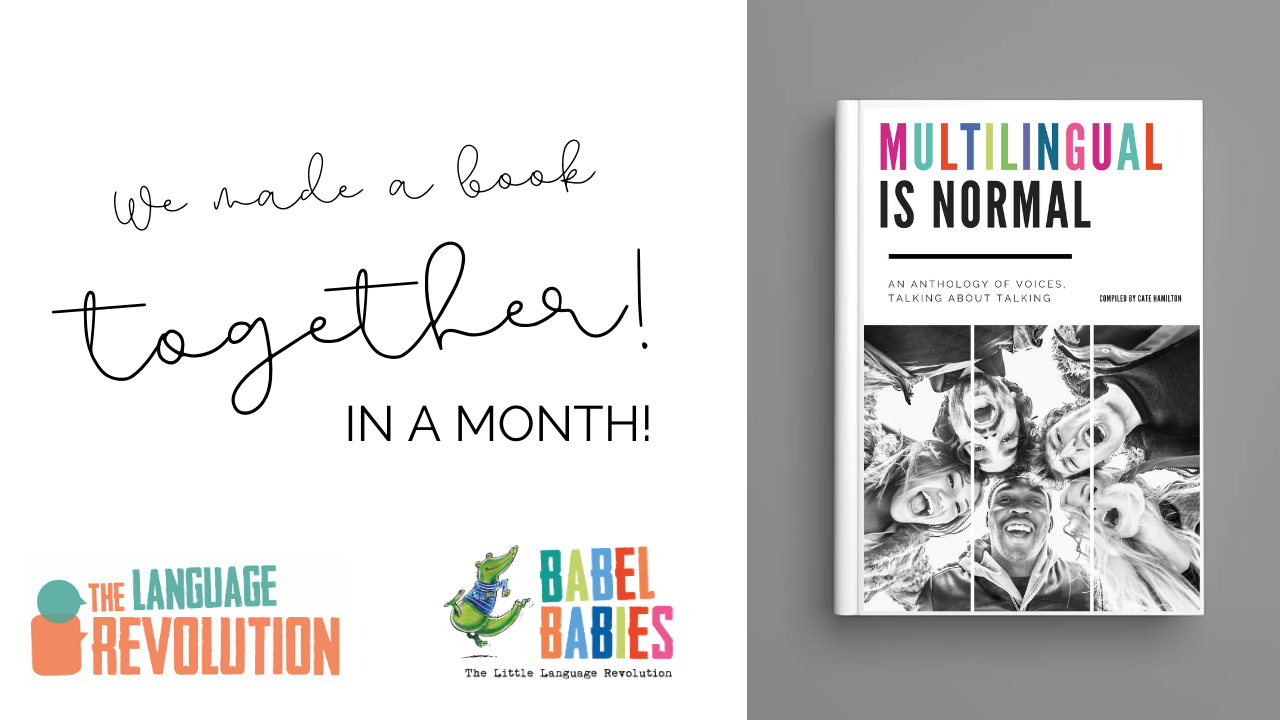 Reading through the submissions, which people sent from all over the world, was an incredibly moving experience. As you might know, I'm from a very un-multilingual bit of English countryside and was late to the multilingualism party. And it turns out, I'm not the only latecomer! Several contributors felt similarly shy about declaring their love for multilingualism, having grown up 'just...

The Gift of Languages 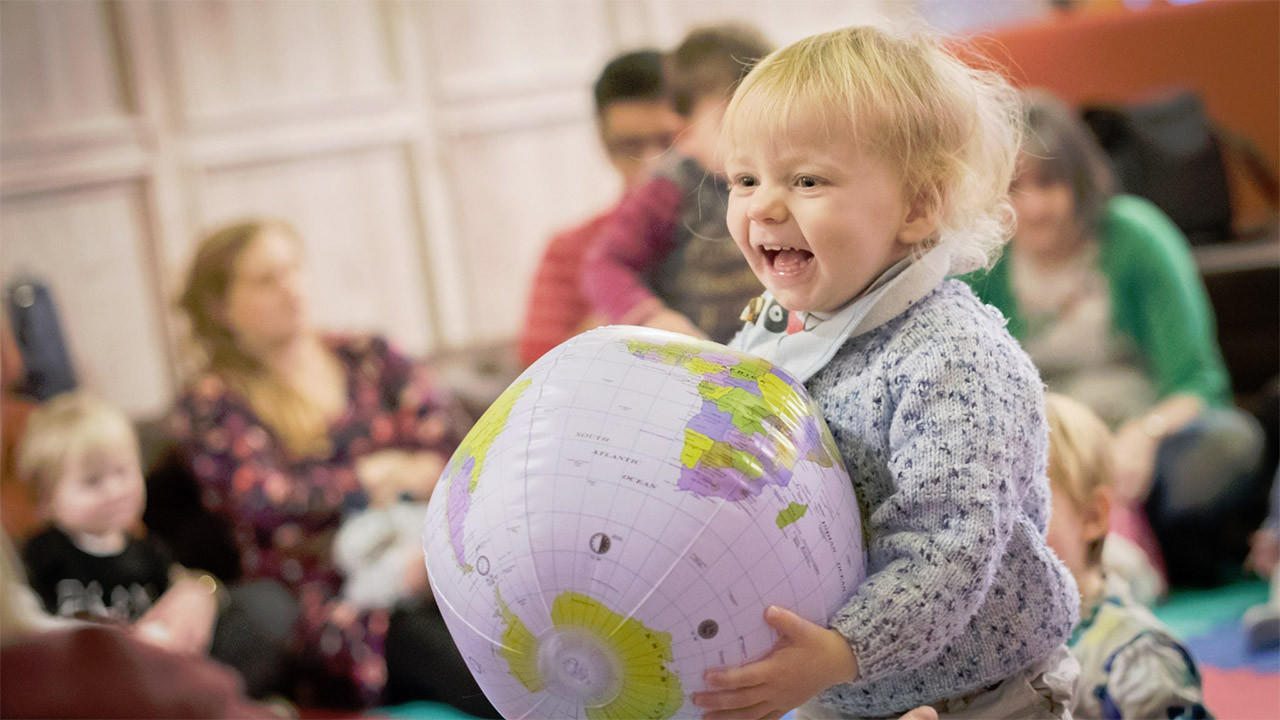 As I write this in a café whilst on a post-Christmas holiday in Paris, I’m listening to my three children play with the words on the menu – making observations about how café is the same in English, and crêpes has a funny hat on, and isn’t panini Italian? Cue discussion about accents and loan words. They’re a curious bunch, my three little linguists.

Early in my motherhood journey, I was trying to speak only French to my eldest (now 9). It was hard. There is lots to master in the first few months of parenting, and learning swathes of new vocabulary in French was a step too far for my sleep-deprived brain. You see, my French was that of an Oxford literature graduate who taught business English. Babies, as it turns out, are more into biberons than Balzac or budgets.

I also had this odd feeling of not really being ‘me’ when I spoke only French to my new baby. My mothering instinctively needed to be done in the language I’d...

Can toddlers have a conversation? 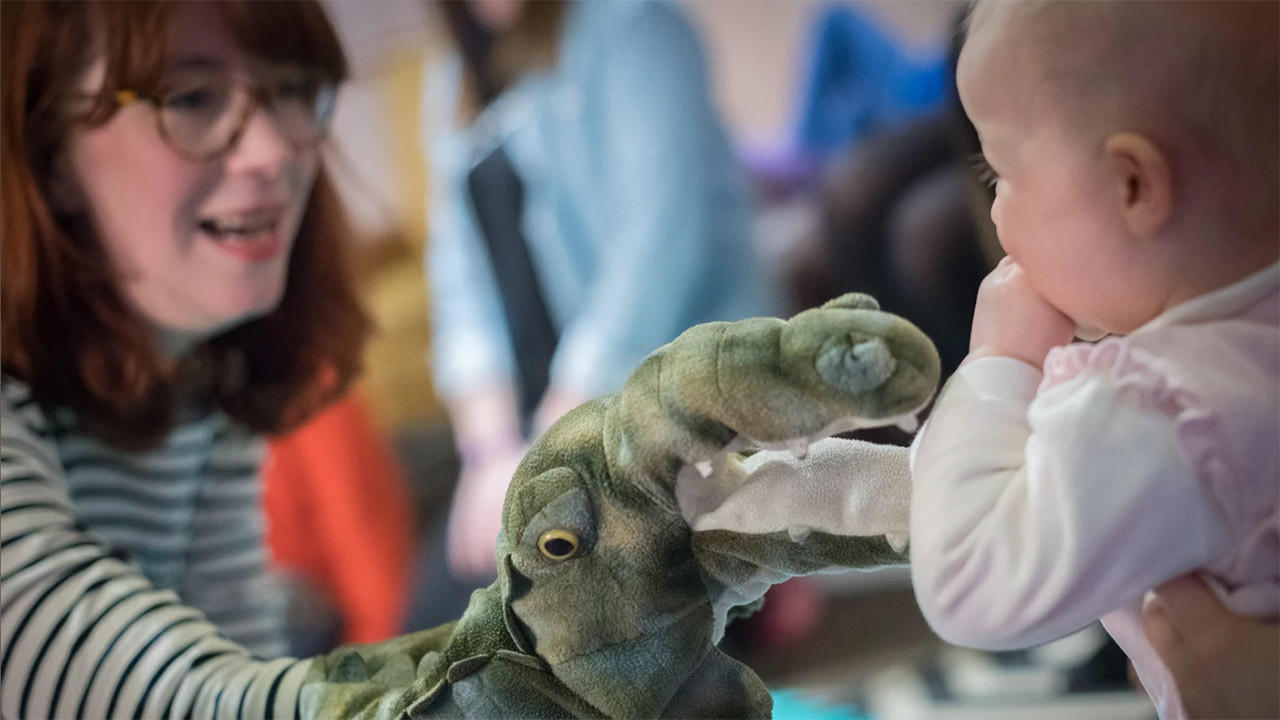 Do conversations with toddlers work? This is a headline we spotted today. We sometimes get asked why we bother talking to children under 2, because they can’t have a conversation (the implication being they can’t understand).

Well, they can understand! And talking to them, narrating the daily routines of dressing, putting the dishwasher on, or going out, is what helps children learn how words join together in sentences. It’s how they learn to speak for themselves. Songs and stories aside, talking to them as much as possible while you’re together is super important.

They don’t learn just single words: vocabulary by itself isn’t language. They learn how words connect, the grammar, intonation, word order...it’s all about having an actual conversation with your baby!

Going to eat a banana with your little one? Don’t just say “BANANA!” Say, “oh look at the yellow banana in the bowl...shall we eat it?” And even...

Why teach your children foreign languages? 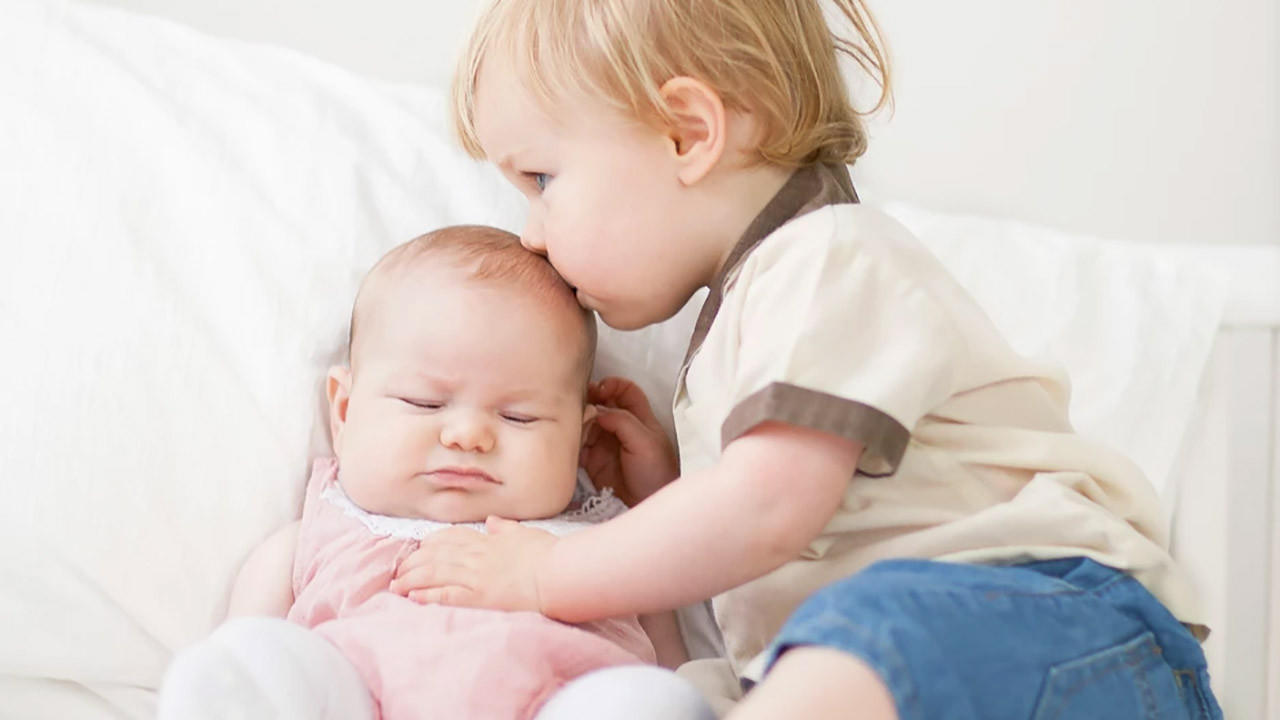 I’ve just read an interesting article about the benefits of teaching foreign languages to our children. It was written by a lady who has moved her entire family to France in order to pursue their language goals!

Whilst we can’t all move to France and immerse ourselves in their language and culture for several years like this lucky family, we can take on board some of the writer’s ideas.

1) Learning languages is good for our brains*

(*note, I first wrote this blog in 2012 and the research is more nuanced now... visit this page to read more about the science!)

Research into bilingualism sometimes* shows that babies’ brains develop more flexibility when they speak two or even three languages from an early age. The left and right sides of the brain work better together and this aids maths, creative thinking and problem-solving as well as language acquisition. I can already see Dylan flipping through his mental multilingual picture book when we read familiar stories...