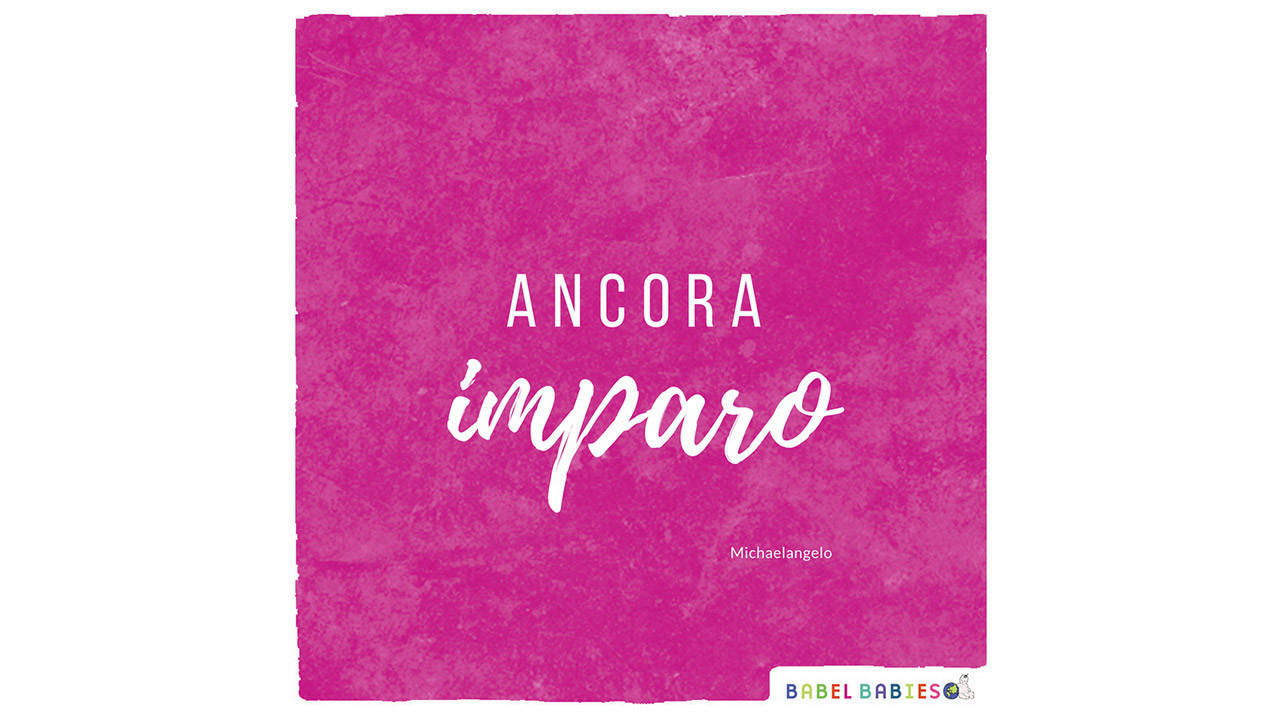 I am still learning.

I quote this all the time (it’s attributed to Michaelangelo, who apparently wrote it on a sketch when he was 87 years old…) but am I really learning? I mean, sure, I’m about to start a Masters in Applied Linguistics at Oxford, but am I challenging my beliefs in the light of new evidence? What received knowledge do I have that, like large stones in the framework of a garden, I am leaving unturned?

The current debate around the Black Lives Matter movement has made me examine my approach to the #multilingualisnormal movement I’m trying to create through Babel Babies and The Language Revolution. In the last six months I’ve read papers about colonialism in linguistics, and engaged with the idea that European scholars are imposing narratives and structures on, for example, languages that were invented by missionaries to south-east Africa. Swiss missionaries conveniently grouped several tribes’ linguistic forms together and called this new ‘language’ Tsonga, then taught it back to those same tribes. It is quite shocking to learn how deeply rooted in a sense of preserving ‘tribes from chaos’ (Pike, 1962, quoted on p149 in Makoni & Pennycook)* much of our linguistic meta discourse is. The whole idea of Africa is a European construct, from the geographical borders to the ‘history, languages and traditions’ (Makoni and Pennycook, 2007)*. And this week, I thought I was doing quite well at disturbing some of the foundations of my understanding about the world, and my part in it. Or, at the very least, I was exhausted from all the extra reading and listening I was doing on top of the daily lockdown work/family routine, so felt quite productively engaged in the process of learning how to be anti-racist in my work and life. 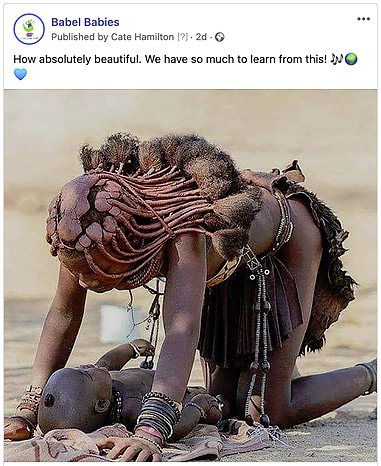 But then on Wednesday I reshared this post on Facebook about babies in the Himba tribe in Namibia each having their own song, sung through their conception and birth, life, and at their death. It was emotively written, and made me cry. I think I was crying because of the frequent internal struggle I have with being a gentle advocate for my children to learn self discipline, and the old-school top-down discipline approach of my own schooling. This idea of the song of the child bringing them back after a transgression triggered all my hopes and fears as a mother and educator. It obviously resonated with a lot of our Babel Babies followers too as it has been reshared, liked, and commented on more than any other post on Facebook or Instagram in recent months.

I said, on the Facebook post: we have so much to learn from this. And oh boy, there was much more to learn than I first thought! I wanted to find out more about this tradition, since songs are so important to the work we do at Babel Babies, and I did some Googling to look into the ‘African birth song’.

Sadly, the story is FAKE: it is a white Western construct, a mish-mash of several different traditions from different tribes from different countries in Africa, and not based on attributable fact. The Facebook post text has seemingly been copied and reposted from a hugely popular post on Tumblr, with various anonymous photos of a Himba woman attached in further reposts. But the Himba tribe don’t actually have this tradition.

The text first appeared as a piece by Alan Cohen in Issue #33 of Pathways to Family Wellness here and the writer has possibly been inspired by the tradition of Yoruba 'oriki' or birth poems, but he presents the idea of birth poems/songs, and also the community-building power of song, through a colonialist, racist lens.

I have no problem with a story being created, and shared. It's a moving idea. I was certainly moved to tears and inspired by the idea of the 'African birth song'. But to adorn a fictionalised tradition, a stock ‘Noble Savage’ narrative with ‘real’ details (social resharers asserting that it comes from the Himba tribe to add credibility to the reshare, and adding the historically inaccurate back story of the post’s poetic origins, which you can read about in more detail on this blog post by Aida Manduley) is just wrong.

I am sorry for perpetuating this cycle of quasi-factual social media click bait. It’s a moving story, and the behaviour element of singing the song to bring people back into their identity rather than punishing their misdemeanours is something we could read more about in psychological and educational research. But we do not need to ascribe it to a tribe and use a picture of an unnamed, generic ‘Himba woman’ instead of a picture of a real, named woman, to justify our interest in the subject. Instead, we could actually speak to a Himba woman and listen to her own voice explain her thoughts on bringing up her own children. No embellishment required. Just real people, and real voices.

I’m leaving the Facebook and Instagram posts up to show my learning curve, and I have edited them to point to this blog, and the above blog where Aida Manduley has dug into the story and tried to find the origins of Cohen’s retelling.

If I’ve learned anything this fortnight, it is that there is SO MUCH still to learn!

I was going to sign off with this convenient quote from Maya Angelou:

I thought I’d better find out where she wrote/said it first, instead of just wheeling it out as a token ‘wise black woman’ quote, like I have seen it used many times on social media and in the papers. The fact that it sprung immediately to my mind, but I have never read it anywhere in her work, made me suspicious of myself. A little digging revealed that it’s possibly not even Maya Angelou’s actual words. I couldn’t immediately find a source, not on the first 20 pages of Google anyway, other than Oprah paraphrasing something Maya Angelou (probably, also can’t find a ready reference except a photo from a blog, taken from Pinterest!) said:

“I did then what I knew how to do. Now that I know better, I do better.”

But then I found this picture on the official Twitter account for Maya Angelou. So perhaps the quote is legitimate after all? Or maybe even the Tweeters chez Angelou HQ are just quoting a Chinese-whispers version of an attributed quote?! 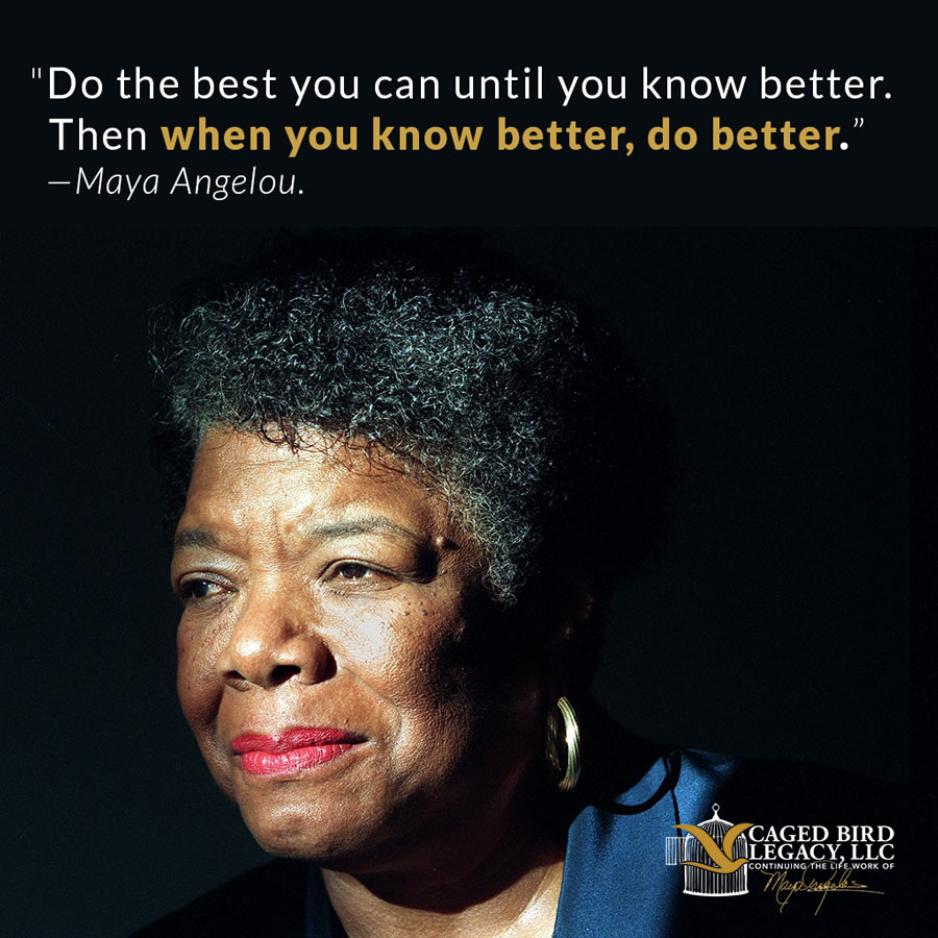 I am still learning. How about we learn together?